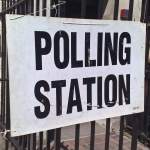 In the run up to the general election on the 7th of May, Practical Androgyny joins 8 other groups supporting a campaign for nonbinary rights in the United Kingdom.

This campaign asks parliamentary candidates to show their support for the roughly 1 in every 250 people in the UK who describe their gender in another way to female or male. This group currently has very little legal protection.

Candidates are asked to take the following pledge.

These changes should be made in full consultation with trans and non-binary people, as well as others who may be impacted by these changes such as intersex people.

UK Trans Info have hosted a dedicated website where candidates may make their pledge, or where supporters may find details for all the candidates in their constituency, whether they’ve taken the pledge already and how they can be contacted if not.

If you’re based in the UK, please check ppc.uktrans.info to see if your candidates have pledged, and please consider getting in touch with any candidates who have yet to pledge to tell them that it is an important issue to you as a voter in their area.

Update: Follow-up post marking 700 pledges to the campaign, with charts and analysis of support by the major political parties.