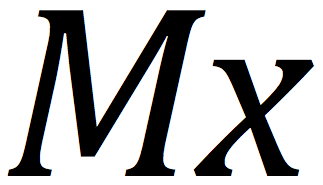 A new version of the excellent Mx Evidence document establishing usage and acceptance of the Mx gender-inclusive title (equivalent to Miss, Mr or Ms) in the United Kingdom has recently been released by the Genderqueer Activist site (run by activist Cassian Lodge). This records examples of acceptance by organisations such as the Driver and Vehicle Licensing Agency (DVLA),  National Health Service (NHS), various banks and utilities, councils and the Universities and Colleges Admissions Service (UCAS).

The document starts with the summary that Mx was created around the turn of the century, resulting in other sites covering the document also making this claim. This description bothered me because I’ve been frequenting transgender and genderqueer online discussion spaces since 1999 and, while 2000 was around the time I first saw it described, Mx was always presented as an idea that had been around for a long time.

Unfortunately most of online safe community discussion spaces of the late 1990s are impossible to search today. They were in private mailing lists whose archives are now gone or are locked away with no moderator to approve new members. Most of the genderqueer websites of this era are long gone and no longer searchable. However the more public discussion spaces provided by Usenet newsgroups have been archived and can still be accessed and searched today using features of Google Groups (formerly Deja News).

It’s somewhat challenging to search for Mx as a title when the these two letters can also refer to, variously, Mexican domain names, email server settings, Emacs commands, camera models, motorbikes, nuclear missiles and graphing calculators, but I was able to come up with some examples.

The Google Groups Usenet archive extends back to 1981 and the earliest example I found of someone suggesting and using Mx (albeit as a one off) was in July 1982 on the newsgroup net.nlang during one of their frequent discussions of gender neutral pronouns (intended to be used to refer to anyone without giving their gender) and nonsexist gender neutral language (such as ‘chairperson’ and  ‘womyn’):

while we’re at it, let’s get rid of all this Miss/Mrs/Mr/Ms crap.
It wasn’t much of a step to go from Miss/Mrs to Ms; after all,
the issue should be that gender is unimportant. How about one
generic title for everyone? For instance, M. Smith, M. Jones.
But that’s flawed, it might be confused with Monsieur, a blatantly
sexist word. From now on, we should all go by Mx, pronounced
“mix” or “mux.” This will make the world safe for democracy by
concealing our genders from the sexist element.

Within the context of the discussion this appears to have been a somewhat facetious suggestion (context is difficult to gauge as this was before the practice of quoting of the message you’re replying to), although there is a sincere mention of the gender neutral pronoun ’tis’ around the same time.

The Mx suggestion got a positive mention in a discussion on net.women in January 1985, initially crossposted to net.nlang:

I got one netter’s intesting suggestin that the all purpose honorific should
be Mx. (I think it’s nice to use the algebraic “x” for unknown. Very
elegant.)

Then my husband Barry suggested it would be more in keeping with the spirit
of UNIX to write it as M*.

(And besides that way there’s less chance of fallout from missile makers.)

That post references how the x is intended to be a wildcard character. Posts responding to this message on net.women humorously riff on how this would be pronounced, suggest an alternative asterisk pronunciation and correct the UNIX wildcard character. This was within a wider discussion of gender neutral language.

The earliest reference I can find to the idea of Mx being a mixture of gender titles comes in December 1998 on the newsgroup alt.callahans:

This was posted in response to someone complaining about the gendered nature of titles, specifically referencing how titles forced them to reveal whether they had ‘an innie or an outie’.

It’s difficult to find examples of people using Mx as their title on Usenet as there was no convention to include a title in ones author name or sign off and because additional search terms are needed to filter from the large number of irrelevant results. However the earliest reference I could find to someone talking about actively using Mx as their title was in October 1998 during a crossposted discussion nominally about vegetarianism and vitamin B12 but by this point about gender bias in language, posted on various UK newsgroups including uk.misc and uk.politics.animals:

Subject: Re: Vegetarianism and B12 deficiency (was Re: Organic GE)
Newsgroups: uk.misc,soc.culture.british,rec.food.veg,uk.politics.animals, uk.people.teens,soc.culture.scottish,uk.environment
Date: 1998/10/19

[…]
Occasionally I have used the title ‘Mx’ before my name, with the idea
that it leaves in question whether I a woman or a man or somethinng in
between and gives no idea of my maritial status.

That example is also the first occurrence I found that made any reference to nonbinary people (‘or something in between’). It was posted in response to someone discussing the connotations that had arisen from using Ms rather than Miss or Mrs.

Hopefully this evidence has established that the idea of the Mx gender neutral title was suggested well before 2000 and that it was being used by some people during the 1990s. Of course much of its use was happening away from online discussions in day to day interactions and requests to organisations, but when it comes to establishing the validity of a word evidence of longterm written usage tends to hold more weight.

What is notable about what happened after 2000 though is that Mx begins to be talked about specifically in relation to transgender and androgynous people, rather than as a gender neutral title that could be used without any connotation of what the person’s gender was. For example, the earliest example I found of Mx being given as the title for an androgyne came in a February 2001 post to rec.arts.dr-who (coincidentally the same month as the earliest discussion in my email archives).

I’ve written before about later inventions added to Mx where expanded names and pronunciations were suggested with ‘Mixture’ first appearing in mailing list archives in 2002 and ‘Mixter’ years later still.

While everyone who uses the title has their own way of explaining it, my personal preference remains for the pronunciation of ‘mux’, one of the two originally suggested in 1982. I feel that this gives no connotation of ‘mixed genders’ and is the most distinctive sounding option, less likely to misheard as ‘miss’ (for ‘mix’) or ‘mister’ (for ‘mixture’ and ‘mixter’).

Perhaps a more accurate way of explaining the origins of the Mx title to others is to say that it was created in the early 1980s and gradually began to be used more widely from the late 90s into the turn of the century. Either way, it’s well overdue more widespread acceptance and recognition.

(Note: If you’re aware of any earlier verifiable examples than these, do please let me know).

Update 2015-05-03: An article in today’s Sunday Times quotes Jonathan Dent, assistant editor of the Oxford English Dictionary, who are considering Mx for inclusion in the next edition of the dictionary. In the article, Dent is quoted as giving the earliest appearance of Mx in print:

The first recorded use of Mx was in Single Parent, the American magazine, in 1977. Dent said: “The early proponents of the term seem to have had gender politics as their central concern [and] saw the title as one which could sidestep the perceived sexism of the traditional ‘Mr’, ‘Mrs’ and ‘Miss’.”

This would make Mx at least 38 years old – I say ‘at least’ because terms are often coined and in use in speech long before they first appear in print (and at least one person reports using Mx in the mid-1960s). We would have to see the original Single Parent article in order to determine if it’s being discussed as something already in existence or presented as something invented for the article.

If anyone has a copy of this 1977 magazine article, it would be greatly appreciated!

Update 2015-05-05: Thanks to the help of Alex from Nonbinary Inclusion Project and others on Twitter including Altivo, I’m now able to provide the full text (and images) of The Single Parent’s April 1977 mention of Mx which has been sourced from Google Books. It appears to be presented as part of a short story involving a flirtatious encounter at a party, but the letters page reveals that it’s also in response to a question asked in a previous issue.

Related: Cassian Lodge has published a survey of people who use Mx asking how they pronounce it, a separate survey that found that more nonbinary people prefer to have no title than prefer Mx, and a blog post that makes some important corrections to commonly believed and reported misconceptions about the title.

12 thoughts on “When was the Mx gender-inclusive title created?”